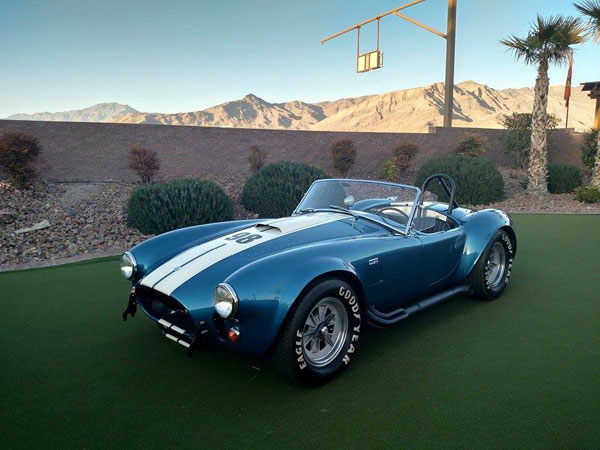 In 1965 Carroll Shelby was in a race against the clock to produce 100 completed 427 ‘Competition Cobras’ to qualify as an FIA GT class manufacturer. Falling short of the requirement, Shelby put the project on hold. 50 years after the original project began, the Carroll Shelby Trust has elected to complete the remaining 34 Competi-tion Chassis big block Cobras. Building the cars as true race cars, these Shelby 427 ‘Competition Cobras’ are sold as a complete vehicle includ-ing an Iron 427 FE side-oiler engine. The CSX3000 series Cobra was built closely to the GT class specs used by Shelby American to compete for the 1966 FIA World Championship.

A portion of the sale from each Shelby 427 ‘Competition Cobra (above and beyond fair market value) will be a tax deductible do-nation to aid in the construction of the Shelby Automotive Museum in Los Angeles, California. The Shelby Automotive Museum is a tax ex-empt 501(9)(3) non-profit public benefit corporation that was created to carry on the heritage of American racing, including Carroll Shelby’s contributions throughout his life time.

Thank you for your interest in a Shelby CSX Cobra®,
If you would like to speak with a representative about the purchase of your Cobra,
Please click below.